Join us for the online (Hybrid) talk on VENUS: As Potentially Habitable Planet on Thursday, November at 5:30 PM. 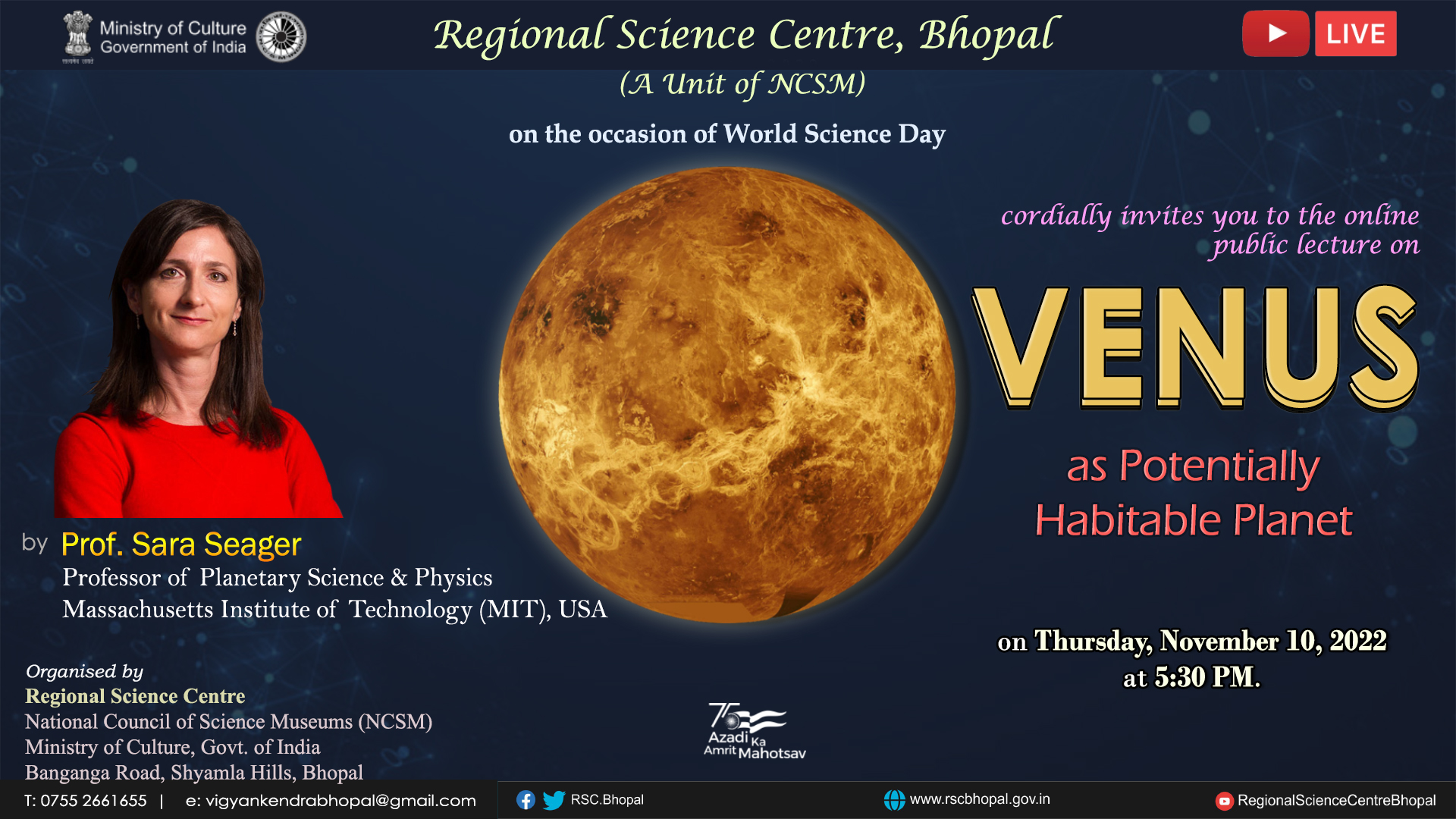 Abstract of the Talk:

Scientists have been speculating on Venus as a habitable world for over half a century, based on the Earth-surface-like temperature and pressure in Venus’ clouds at altitudes 48-60 km above the Venus surface. The controversial detection of phosphine gas in the atmosphere of Venus has renewed interest in both the Venus atmosphere in general and in the speculative possibility of life in the clouds. Any life would have to persist aloft indefinitely against downward gravitational settling, in order to avoid the destructively hot temperatures beneath the clouds. Recent computer models and lab-based experiments on sulfuric acid, Venus’ cloud particle composition, are changing the view on chemistry in the Venus clouds. Professor Seager will discuss the motivation and overview for the Venus Life Finder Missions to study chemistry towards understanding Venus as a potentially habitable planet.

About the Prof Seager:

Professor Sara Seager is an astrophysicist and a Professor of Physics, Professor of Planetary Science, and a Professor of Aeronautics and Astronautics at the Massachusetts Institute of Technology where she holds the Class of 1941 Professor Chair.  She has been a pioneer in the vast and unknown world of exoplanets, planets that orbit stars other than the sun. Her ground-breaking research ranges from the detection of exoplanet atmospheres to innovative theories about life on other worlds to development of novel space mission concepts.

In space missions for planetary discovery and exploration, she was the Deputy Science Director of the MIT-led NASA Explorer-class mission TESS; she was PI of the JPL-MIT CubeSat ASTERIA; is a lead of the Starshade Rendezvous Mission (a space-based direct imaging exoplanet discovery concept under technology development) to find a true Earth analog orbiting a Sun-like star; and most recently has directed a mission concept study to find signs of life or life itself in the Venus atmosphere and is PI of a small mission to Venus targeted for launch in 2023.

Her research earned her a MacArthur “genius” grant and other accolades including: membership in the US National Academy of Sciences; the Sackler Prize in the Physical Sciences, the Magellanic Premium Medal; and has been awarded one of Canada’s highest civilian honours, appointment as an Officer of the Order of Canada. Professor Seager is the author of, “The Smallest Lights in the Universe: A Memoir”.